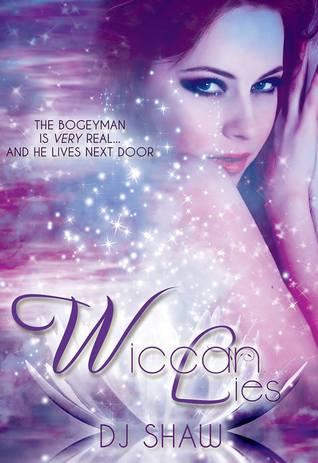 MacKenzie just realized the bogeyman is real and he lives right next door. The only problem is she doesn’t know if she’s a part of his life, or he’s a part of hers. After the death of her father, MacKenzie discovered a letter that changed her life forever. Now with the knowledge she is Wiccan, she embarks on a journey to discover her true self. On that path she meets Damion, a man she is drawn to on a primal level. Since their chance encounter she has strange life-like dreams and tries to keep him at arm’s length. Not trusting her reaction to him, she relies on her instinct to lead her through their time together.

DJ is a great writer. I started reading and couldn’t put the book down. We are introduced to MacKenzie and Damion. As they try to start a relationship Mac learns some things about herself and her mom. She is a Wiccan and she learns that not everyone are who they seem to be. That includes Damion, her best friend’s husband, and her own father.  The book draws you in from the very beginning.  If you haven’t added it to your TBR list yet you need to. I look forward to reading more of DJ’s books.

Born and raised in Albuquerque, New Mexico in 1977, DJ Shaw was 17 before she was able to see most of the United States. When she was 17, she decided to join the fair, traveling with them to Texas, Oklahoma, and Louisiana. Once the fair arrived in Lake Charles, DJ had decided it was time to go home, that she had had enough of traveling with the fair. She much rather preferred to sit around writing, or even telling, the lives of the people who lived in her head. She had been good at story-telling from the time she was about ten, when she scared herself so bad with her story of the Boogey-man that she couldn’t move off her bed. Her siblings would come to her for their scare fix, because they knew she could come up with something on the spot.

Having found what she loved to do at an early age, she continued to write down her stories and any poetry that came into her head. She had stacks upon stacks of notebooks filled with her work. Her love of horror movies made her stories that much more chilling.
When she’s not writing, she’s listening to music, supporting her favorite adopted brother and his band “Traveler in Pain”, playing with her five children, spending time with her husband of seven years or watching horror movies in the middle of the night just for the scare factor.