The Pillars of Sand (Echoes of Empire #3) 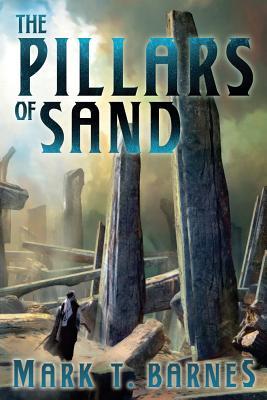 The epic conclusion of the Echoes of Empire trilogy.Prophecy declared that corrupt politician Corajidin would rule the Shrīanese Federation, even become its new Emperor?and sinister magic has helped him defy death in order to do it. But his victory is not assured, thanks to clashing rival factions that hinder any attempts to unify the nation. Though he has taken increasingly brutal measures to eliminate all obstacles in his path, the dark forces supporting him grow dangerously impatient. And the harder they press, the more drastic Corajidin’s actions become.Soon, only his most powerful adversaries will stand in his way: Indris, the peerless swordsman and sorcerer who has long fought to end the Federation’s bloody turmoil; and the warrior-poet Mari, Corajidin’s own daughter and the woman Indris loves. Fate has torn them apart, forcing them into terrifying personal trials. But if Indris can bring to bear the devastating knowledge of the Pillars of Sand, and Mari can rise up as a rebel leader, Corajidin’s enemies will rally?and the decisive battle for the soul and future of the Shrīanese will begin.This epic tale of intrigue, love, and betrayal, painted in the blood of allies and enemies by Mark T. Barnes, concludes the Echo of Empire trilogy that began with “The Garden of Stones” and “The Obsidian Heart.”

This one is the last book in the trilogy.  It’s fast paced and action packed. I couldn’t put it down. We finish up Indris story with this one. There are a few great twists and turns.  The plot was very good. I recommend it to others. I look forward to reading more of Mark’s books.