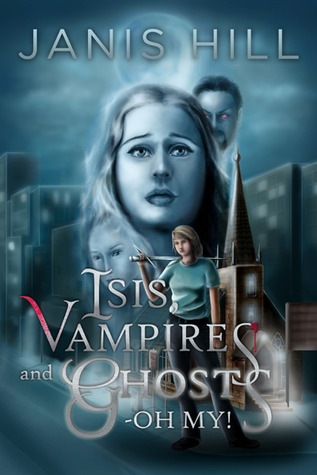 When Stephanie Anders discovers her estranged, wild-child little sister has died and she must attend her funeral, she discovers that Estella’s death is not necessarily as terminal as she had been lead to believe and that, rather than dead, her sister is more of the undead variety. Too late to save her sister’s life, Stephanie Anders must now try to save her soul from the vampire who has possessed her, Branwyre, eighteenth vampire Lord of the Aegean.

With only the aid of the ghost of a pissed-off Buddhist monk with a potty mouth, and the modern day Priestess of Isis, Stephanie must battle demons and other denizens of a world she knows nothing about. Even her first task, to recover Branwyre’s crucible if she is to succeed in banishing the vampire before he has regained his full strength, is not what it seems.

But dealing with a demon, or double-binding a vampire in a sunbed pales in comparison to learning how to forgive her sister for what she did, especially if she is to have even half a chance of saving her soul.

Welcome to a world within our own, the Other World. A place of Darkness and Light; where gods, vampires, demons, and ghosts wage a constant struggle for survival.

Janis has become one of my favorite writers. This book is great. I couldn’t put it down. I love the characters and the world she has created.  We are introduced to Stephanie who is going through a lot of things. She has lost her sister and if that wasn’t enough her world just got a bit more unusual. She learns as she goes when dealing with the not so normal beings and situations that are put in front of her. There are some great twists and turns. The reader will be sucked in from the very first page. I highly recommend it be added to your TBR list. I look forward to reading more of Janis’s books.