Near future Great Britain is on the brink of collapse. Mass riots. Economic meltdown. Blackouts. And a new oil war in Iraq to keep the world economy afloat.

Iraq War veteran and war crimes whistleblower David Ariel is sick of violence, and trying to make ends meet working for Specialist Protection. But after Prime Minister Carson is brutally assassinated by extremists on Ariel’s watch, he is covertly targeted by a compromised police investigation.

When forensics discover that Carson’s assassination inexplicably defied the very laws of physics, bodies drop like flies as key witnesses are murdered in impossible circumstances.

Fleeing for his life while London is locked-down under martial law, Ariel gets a phone call from Iraq he will never forget. His estranged girlfriend, journalist Julia Stephenson, warns that the Carson killing is just the beginning of a wider plot to bring the West to its knees. Then she disappears.

Ariel’s blood-soaked race against time to track the terror cells behind Carson’s death tumbles into the cross-fire of a hidden battle between mysterious rogue intelligence agencies. The goal: to monopolise black budget technologies which could unlock the universe’s darkest, arcane secrets.

As the world he thought he knew unravels, Ariel faces off against bent coppers, double-crossing agents, psychic killers and super soldiers to complete a black ops mission like no other: stop Quantum Apocalypse.

Very interesting book. I couldn’t put it down. The story is good. The characters that have been created are great. It has some great twists and turns. It will keep the reader turning the page. This is one that I suggest people add to their TBR list. You won’t be disappointed. I look forward to reading more of Nafeez’s books. 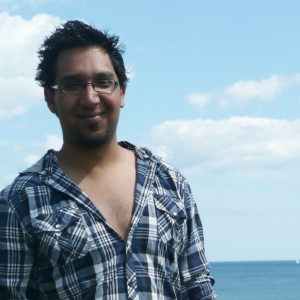 Nafeez Ahmed is a bestselling author, investigative journalist, and international security academic. He writes for The Guardian via his Earth Insight blog, reporting on the geopolitics of interconnected environmental, energy and economic crises. The author of five critically-acclaimed non-fiction works addressing humanity’s biggest global challenges, Nafeez’s forthcoming book is a science fiction thriller, ZERO POINT, due out 18th August 2014.