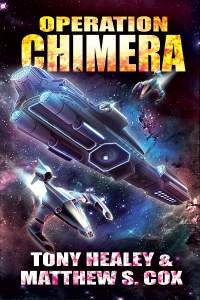 Generations of war with the savage Draxx have left humanity desperate for a way to gain the upper hand.

A chance to turn the tide in their favor is all legendary Captain Nicholas Driscoll needs to hear to lead an expedition behind enemy lines to the Chimera Nebula – a region of space so unstable it remains largely uncharted.

Lieutenant Michael Summers sees an opportunity to matter, a chance to let future generations exist in a universe without constant war. He and other brave young cadets join the Manhattan for its first dangerous mission – to penetrate the Chimera Nebula and discover what it is the Draxx are doing in there.

Very interesting book. I couldn’t put it down. The characters and the world that were created are great. It has great twists and turns that will keep the reader turning the page. Readers who love science-fiction mixed with action and adventure will love it.  The reader will be drawn into the story from the first page. It’s one that readers will want to add to their TBR lists. I look forward to reading books by Tony and Matthew. 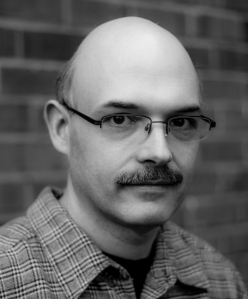 Born in a little town known as South Amboy NJ in 1973, Matthew has been creating science fiction and fantasy worlds for most of his reasoning life. Somewhere between fifteen to eighteen of them spent developing the world in which Division Zero, Virtual Immortality, and The Awakened Series take place. He has several other projects in the works as well as a collaborative science fiction endeavor with author Tony Healey.

Hobbies and Interests: Matthew is an avid gamer, a recovered WoW addict, Gamemaster for two custom systems (Chronicles of Eldrinaath [Fantasy] and Divergent Fates [Sci Fi], and a fan of anime, British humour (<- deliberate), and intellectual science fiction that questions the nature of reality, life, and what happens after it. He is also fond of cats. 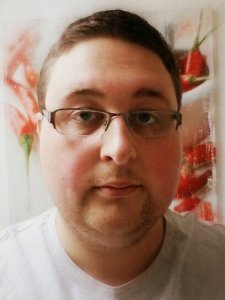 Tony Healey is a best-selling independent author. Born in 1985, he has lived his entire life in the city of Brighton, UK.

In 2011, he found his fiction published alongside Harlan Ellison and Alan Dean Foster. A year later, his sci-fi serial FAR FROM HOME became a best-selling sensation, followed by similarly successful sequels. Since then he has collaborated with authors Bernard Schaffer, Matthew Cox and William Vitka on various projects. He has also had work published by Curiosity Quills Press. He is married and has three daughters.

For the latest on Tony’s various projects, visit his site www.tonyhealey.com