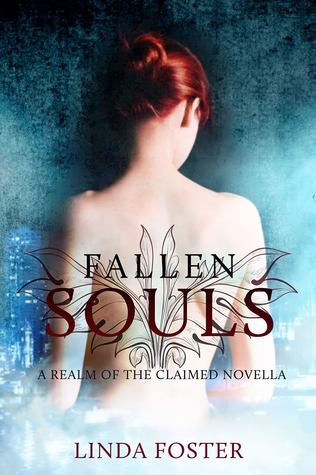 Ash never thought going to a party could be dangerous. He certainly never thought it would change his life. But when a man with red eyes begins following him – and his sister – he realizes he was wrong. Soon they’re running, leading the man on a desperate chase over icy roads.

When Ash crashes his car, nearly killing his sister, the red-eyed man offers Ash a choice – save his sister, but pay the highest price possible. Bring Grace back to life, at the cost of his own soul.

Suddenly, Ash is facing a choice he never sought. But will he use that choice to save his sister? And if he does … what will it mean for Ash himself?

***
Someone has started a revolution in Heaven, his betrayal and lies tearing the fabric of the angels apart. Things are coming quickly to a head, and before long the angels will find themselves at war … with each other. Friends and allies will turn against each other, each choosing their own side of right and wrong.

If that happens, the world as they know it will end.

It’s up to Kali, protector of angels and humans, to stop the treachery before war breaks out and peace is shattered forever. But how far is she willing to go to save the lives of the angels? Will she turn against her own dearest friend to save her world?
And if she does … will anything be left for her to come home to?

***
Join Ash and Kali on their individual adventures as we see what – and who – led them to find each other in Soul Bound, the first book in the Realm of the Claimed.

Very interesting read. I couldn’t put it down. The characters that have been created are great. The plot is really good. It has some great twists and turns. Readers of the series will love it. Add it and the rest of the series to your TBR list you won’t be disappointed. I look forward to reading more of the series.

Linda Foster was born and raised in Colorado, where she still lives with her (very patient) husband and four (very spoiled) ferrets. Linda became an avid reading enthusiast the moment she picked up her first book, and has grown steadily worse with time. By the time she was 15 years old, her library had become too big for her shelves, and she was forced to donate all of her books to the local school, just to make room for new ones. She started writing short novellas for her friends in middle school, and expanded into full-length novels several years later. Soul Bound is her first published novel.

To find out more about Linda, check out her site here.