Happy Holidays everyone! Safe travels. Will be back next week with new posts. 🙂

My cast of characters

I love being a writer because I get to create all kinds of awesome characters and tell their stories. I thought I would introduce all of you to my characters today. Enjoy.

* The reason all the children have names starting with K is that it is their mother’s favorite letter.

Posted by Diane Riggins on 12/17/2015 in A Creative Mind Blog, Fur and Fang Series, Vampires of New Orleans

I decided to change the main character’s name in the poem I posted on here back to the original one and publish it. It went live today on Createspace. Amazon and Kindle to follow. Will update with those links when I get them. I plan to use the character in the upcoming Fantasy series/game I’m working on. So I guess you could call it a preview of her story. 🙂 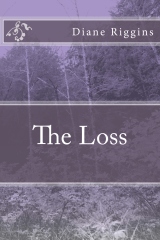 Cover Reveal: OF SCIONS AND MEN and GYRE

Today’s the day for a dual cover reveal: OF SCIONS AND MEN by Courtney Sloan and GYRE by Jessica Gunn! Both books are in the New Adult category and are being published by Curiosity Quills Press.

Here’s a bit about each book:

Geopolitical babysitting while arresting preternatural killers, it’s just the daily grind for Scion Rowan Brady. Brash and sarcastic, Rowan has sold her life, her career and her very blood to the controlling paranormal ruling class of America, all to make sure her kid brother can eat. Now she uses her powers as a scion to kick the ass of any preternatural creature idiotic enough to break the rules and prey upon humanity without a license. All it costs her is her freedom and a pint or two per week to her new Master.

But juggling her job and duties becomes even tougher when she is tasked with keeping a contingency of diplomats from Canada from getting gnawed on. However, negotiations for an International Blood Exchange are interrupted when bodies start showing up.

Now Rowan must rely on her talent and wit to defend the society she despises to save the lives she’s sworn to protect. But as she stumbles into the truth, she chances becoming a target of not only these killers, but of her own government. With shifters, ghosts, vampires and psychics all watching her, can she stop the killings before she is silenced?

ADD OF SCIONS AND MEN TO GOODREADS HERE

Trevor couldn’t believe his eyes when Chelsea teleported onto SeaSatellite5. The miracle is Trevor’s absolute worst nightmare. Chelsea is Atlantean, which would be fine if Trevor’s family weren’t Lemurian—enemies of Atlantis.

Then SeaSatellite5 uncovers Atlantean ruins and stumbles into the crosshairs of an ancient war. The Lemurians want the artifacts inside the ruins, and Trevor’s the only one onboard who recognizes the relics for what they really are: Link Pieces, tools used by ancient civilizations to wage their time-travel war.

Chelsea and Trevor must brave the gyre of lies surrounding them. If they can’t, Atlantis will be destroyed forever.

Are you ready to see the covers?

PRE-ORDER OF SCIONS AND MEN HERE!

A New Orleans native, Courtney Sloan relocated to the hills of Central Maryland after Hurricane Katrina. There she lives with her husband and fellow author, J.P. Sloan, their son and their crazy German Shepherd pup. Adding to her writing life, Courtney is also a professor at the local college and enjoys learning a world of new ideas from her students as she teaches them about writing and communicating. Courtney’s New Orleans upbringing has left her with a love for the macabre and a flare for the next to normal. She writes speculative fiction with a variety of horror and sass mixed in for flavor.

She loves taking the world of politics that haunts us now, and adding the supernatural to create a gumbo of thrills to keep you up at night. A self-proclaimed lover of way too many fandoms, Courtney also loves crafting. From blankets to jams to stories, it’s always better homemade.

Jessica Gunn is a New Adult author and avid science-fiction and fantasy fan. Her favorite stories are those that transport the reader to other, more exciting worlds. When not working or writing, she can be found binge-watching Firefly and Stargate, or feeding her fascination of the ancient world’s many mysteries. Jessica also holds a degree in Anthropology.

Concentrating on editing and writing this weekend isn’t working. I’ve given up trying to get anything accomplished because I’m sick and so is the rest of the household. I had planned to start rolling out the first of some new posts about the characters of my novels and more about the game this weekend. They have been moved to next week when I’m feeling better.

So, look for those posts to start sometime mid-week as well as possibly some polls about writing, etc. Going to go get some rest and maybe start a LOTR and Hobbit marathon. Have a great weekend everyone. 🙂

Thanks to Alex for hosting this each month. Here is the complete list of participants.

2015 was a very interesting year as far as goals were concerned. Some I met and some I didn’t. I learned a few things though and one of those was not to take on more than I could handle writing wise. I had to drop a few projects because I wasn’t able to get them done by the deadlines for them. Dropped some other projects because once I started writing I just couldn’t get into the story or the characters for some reason or another.

2016 is going to be a better year. I have a few things that I plan to publish and will hopefully be attending my first author event. Writing goals will be set up two ways: long term, and short team. Each with word counts I know I’ll be able to meet.

With the rift closed for the season and no more monsters to fight, Daelin Long gets bored as librarian in the podunk town of Settler, Oregon. A job interview and her brother’s arrival present a tempting opportunity to escape, until her brother and her best friend, a ghost, disappear.

While Daelin searches for them, more mysteries pile up: dead people coming back to life, portraits of the town founders replaced with strange white trees, and people on the other side of the rift returning. It’s impossible. The portal that allows monsters from other universes to come to Earth is sealed until next summer.

The Rifters, a secret group protecting our world, believe the troubles are nothing more than the tantrums of an offended ghost. Daelin disagrees. If she’s right, the evil hell-bent on destroying Earth has new technology making the rift more deadly.

Before the monster summons the next apocalypse, Daelin must find it and destroy it.

Book 3 in the Rifter series.

Need to catch up? You can read books 1 & 2 in the Rifter series for free by becoming an M. Pax Reader. ENTER MY DIMENSION

“The world Pax creates here is like the Wild West meets Ghostbusters with some Stargate and a bit of Steampunk thrown in. Even though everything seems a bit familiar, it’s not, which is what makes it compelling.”CHOOSE YOUR OWN END

“This book catapults the reader right in mid-events and, like Daelin, one is forever trying to figure out the ins and outs of the situation. Though readers have one advantage in that we are prepared to believe. However, what in some books can be annoying, becomes an enjoyable ride, where you are constantly excited to see where the plot will take you next. I really enjoyed the slightly wacky and off center world of Settler.” AMAZON

People & ghosts are not what they seem. Is it a monster? The Reader http://goo.gl/6e77ZI #fantasy #scifi

A ghost with a bad temper & fake people. This town is strange. The Reader http://goo.gl/6e77ZI #fantasy #scifi

There’s something wrong in the woods. Monsters or ghosts? The Reader http://goo.gl/6e77ZI  #fantasy #scifi

Pax is author of the space adventure series The Backworlds, plus other novels and short stories. Fantasy, science fiction, and the weird beckons to her, and she blames Oregon, a source of endless inspiration. She docents at Pine Mountain Observatory in the summers as a star guide and has a cat with a crush on Mr. Spock. Learn more at mpaxauthor.com.