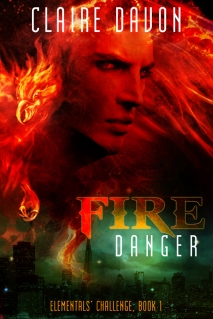 All her life, a faint memory of her parents and fire has glowed at the back of Rachel Quinn’s mind. With her parents long dead, there is no one to clarify what it means.

When a gorgeous winged man rescues her from a pack of werewolves, something flares to life inside Rachel. Suddenly she can see the paranormal world around her, a world unseen by mortals. And far more complicated.

When Phoenix’s massive orange-and-red wings erupt from his back, he knows his Challenge-an age-old battle against his Demonos counterpart-is upon him. Heeding Rachel’s cry for help adds a layer of complexity never seen in any previous Challenge.

Rachel, they discover, isn’t entirely human. Like Phoenix, she commands fire. Fire calls to fire, and soon they are succumbing to a fierce attraction. As the Challenge bears down on them, though, Phoenix must discover what the Demonos has in store for mankind. If he doesn’t succeed, the entire world will be swallowed up in darkness-and Rachel along with it.

Available for purchase at

The whoosh of his wings manifesting startled Phoenix, knocking him off-balance. They gathered behind him, sticking up from his body. Phoenix immediately crouched, his hands in front of him, trying to identify the cause of the danger.

His wings had so consumed his attention that it took him a minute to realize there was a voice in his mind that rang through like a bell. He jerked to a standing position.

The mental voice was shrill and panicked. His wings unfurled fully, looming like large orange-and-red shadows above him.

“Dogs. Scary dogs. Too close. Snarling. Stay away from me.”

His workout DVD was no longer an option. Phoenix pressed Stop on the player, simultaneously reaching out with his mind to find the source of the signal.

The voice inside his head echoed. Phoenix opened the large plate-glass door that led to the patio of his hillside house and sought a direction.

The voice was female.

She was in trouble.

No, he revised immediately. Not mortal. The strength in her mental cry meant something else ran through her veins, something that gave her the ability to call to an Elemental, even inadvertently.

He plucked the impression of very large dogs from her brain. He paused, revising his thoughts. Wolves. Werewolves.

Did this call for his intervention? It was not his concern.

The wings on his back did not appear idly. It was a lie that he wasn’t involved.

Perhaps other paranormals would help her? He cast out mentally, searching for any sign that someone besides himself had heard her cry for help and was acting.

There were plenty of additional minds, but none seemed to be interested in her plight.

Typical. Most paranormals had a disregard for humans that bordered on disdain. Except she wasn’t human. He recognized that she thought she was; perhaps that was why nobody appeared to be going to her aid. Whatever the reason, no help was imminent.

His task, then. Even if his wings hadn’t appeared, he couldn’t ignore the cry. Why, though? Why this mortal—or whatever she was—and why now?

Answers would have to wait. With a hop through the open door and a glide onto the wind, Phoenix was in the air. He soared upward, his red-and-orange wings unfurling fully when he found a good current. Focusing, he determined the source of the altercation was several miles from his current location. Oakland, east of San Francisco. Industrial. Dark. Perfect for an ambush.

The tableau started to coalesce as he got closer. Faint yips met his ears, an aural indicator he was heading in the right direction.

Her distress propelled him to speed up, engaging his wings to make the most of the current.

The lights got dimmer as he approached the destination fixed in his mind. There was little traffic in this dilapidated part of Oakland. Many of the streetlamps were out, so there were long stretches of darkness, broken only by ineffective pools of weak light.

A woman stood her ground in the corner of an alley sandwiched between two large warehouses. She was trapped between the high fence guarding the property behind and the beasts in front of her. Werewolves, Phoenix confirmed as he got closer. Untrained, young, stupid werewolves. Their black-tipped fur told him this was Fenley’s clan. Running in a pack, the wolves clearly thought they were invulnerable to anything but other predators of the night. Just stupid wolves out for some fun, terrorizing the local population, toying with a human.

Silently landing behind the wolves, Phoenix folded his wings, and they slipped behind his back until they looked like another grouping of large muscles on his already massive frame.

The woman who had inadvertently sent out the distress call looked over. Only the widening and slight shift sideways of her eyes told him that she had seen him. 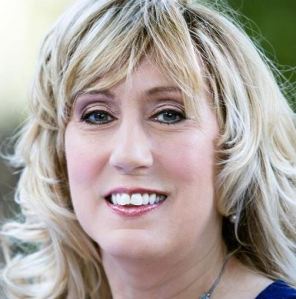 Claire can’t remember a time when writing wasn’t part of her life. From the time she was a pre-teen, she wrote stories, most of them romances. She used to write stories with her friends, with each of them choosing a famous person or a character from their favorite TV series, and model the novels around that. One of her earliest stories, unfortunately lost to time, centered around the 1970s series Starsky and Hutch (she was partial to Starsky).Although she read primarily fantasy and science fiction as a teenager, it didn’t take long for Claire to discover Harlequin romances and their happily-ever-after endings.

Claire has many irons in the fire, including short stories across a multitude of genres to go along with her romances, from contemporary to paranormal. Originally from Brookline, Massachusetts, Claire now lives in Los Angeles. In addition to writing she has an office job she loves, does animal rescue, reads, and goes to movies. She loves to hear from fans, so feel free to drop her a line.
You can find Claire at

Subscribe to her newsletter!
Giveaway
a Rafflecopter giveaway
https://widget-prime.rafflecopter.com/launch.js